Quitting A Break Up To Make Up Relationship


Being a week deep into college meant endeavoring to put my party-packed summer to bed. It meant finally allowing you, an incredibly conservative man-child whose interests and hobbies involving sports and finance that rarely intersected with mine, to pick me up for ice cream. One bowl and two spoons later, I would toss an airplane napkin at your forehead if you had told me an Oreo sundae would evolve into three years of delusional love.
You never told me to start getting serious about life and become a lady, but I knew I had to if I wanted to roll with your crew. You told me brunettes commanded more respect than blondes, and advised me to make the switch. This was sound advice coming from a guy three years my senior, so naturally, not only did I go brunette, but I deleted the death metal from my iPod, lengthened my hemline, and crossed my heart and swore to die I’d never get a tattoo.
When you broke up with me a month into the relationship for a brunette who was better at hip hop dancing than I was, and whose etiquette rivaled that of the Queen, I understood. I let you hold my hand on my birthday that week as I wept into a Skinny Vanilla Latte, keeping your lips at a kosher distance from mine, only to submit to your demands to get back together a week later. I complied because your scent was keg-intoxicating. I complied because I was fixated on making you pursue me like you did in the beginning.
I picked you up that week from baseball practice after teaching a dance class, snacks in hand. You said thank you. While that was fine, I wanted the fairy tale where you told me I look beautiful, not despite, but because of my Nike high tops and greasy hair. I didn’t let you see the Maybelline Lash Blast drip down my cheeks when you were three hours late to pick me up for our dinner date. Instead, I reluctantly conformed when you told me to eat the tempura because I “could afford to gain a few pounds these days, and honestly, girls who obsess over calories are so unattractive.”
I tried to be attractive by letting you fuck me on the counter where you worked. When you finished first and coyly asked “Do you hate me?” I said, “No, the opposite, in fact.” You pried and pried and pried those three words out of me as I put my jeans back on. I cried when you couldn’t say it back. I waited an entire year for you to reciprocate, and when you did, you didn’t even have the audacity to pull out first.
You went on maniacal rants about the NHL and MLB, impervious to the glazed-as-a-donut look in my eyes. The odd time we did share a common ground, I clung onto your every word like a bad tattoo. It didn’t matter what you were saying, as long as you were saying it to me.
Our ensuing break-ups and get-back-togethers were a sick form of role play, twisted kinky games on which we got off to preface our demise. Each of our 574 nights together was a one night stand. Somewhere on the corner of I Just Graduated University and The Last Time I Felt This Happy I Hadn’t Seen You In Three Months And Was Two-Hours Deep Into An Elliptical Session, I summoned all the strength I owed you to have That Talk.
I sent myself across the Atlantic this summer as a graduation gift. I waited for the ouzo to wear off before trying to break up with you for good over the phone, your sleepy voice 4,732 miles of white noise from mine. You wouldn’t allow me to leave before sitting down face to face “like adults.” When you showed up at the airport with a bouquet of flowers and my name splayed embarrassingly across a sign, I hid my tears because I had been wrong all this time. It’s not that you didn’t love me, it’s that my idea of love didn’t align with yours.
You dropped your sleepover bag on the floor and took me in your arms. For the first time you uttered the words “I’ll never let you go,” inducing an intolerable nausea. I retreated into a deep cathartic sleep, dreaming of Shirley Temple golden curls, awesome Zara miniskirts, loud music and ribcage tattoos. I awoke realizing, Hey, I could make those dreams a reality again.
Now, if you had told me that an Oreo sundae would evolve into three years of delusional love, I’d ask you to tell me more; that sounds like great material for my blog. 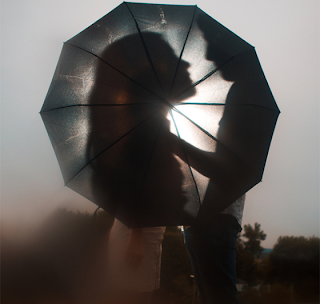 Posted by Mihran Kalaydjian at 10:47 PM

Quitting A Break Up To Make Up Relationship

Mihran Kalaydjian
Mihran Kalaydjian a Highly talented goal oriented senior manager with excellent brand-building skills and a strong entrepreneurial spirit. Recognized for the ability to guide and work well with diverse staff and manage stressful situations with patience and resolve. Excellent problem solver and revenue generator who demands and delivers a standard of excellence through creativity, self-discipline, and effective management. Results-driven with the ability to direct and organize disciplined productive teams.